Male Eating Disorders On The Rise 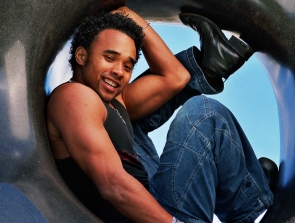 In mainstream media, women are the ones traditionally singled out as the gender that suffers from eating disorders.

Males who struggle with body image issues are largely ignored, but according to new research in Eating Disorders: The Journal of Treatment & Prevention, they’re a rapidly growing population.

Pressure to be perfect

“There’s a lot more pressure these days for guys to have a cut body than there used to be in the past.”

And while women often feel the pressure to be stick-thin–while still remaining curvaceous in certain areas–men seem to be focused on building bigger muscles and performing better in sports and exercise.

According to Weltzin, there are a few red flags to look for when it comes to male eating disorders. A drastic reduction in calorie intake, an obsession with exercise or persistent thoughts about food or body image could be signs that a problem is present.

According to the Psychiatric Times, about 10 percent of anorexia and bulimia patients are males, with the typical age being around adolescence to young adulthood. Even more interesting is that males are on par with females when it comes to binge eating disorders.

In August of 2011, the BBC reported that the rate of males who were admitted to UK hospitals for eating disorders increased by 66 percent in the last 10 years.