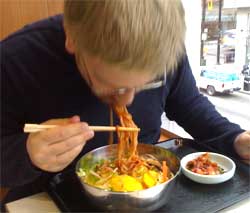 Sadly, NIMH predicts that less than 45% of people with binge eating disorder get treated for the disorder over their lifetime.

Interestingly enough, binge eating disorder is not an official diagnostic category in any of the major mental health diagnostic manuals such as the Diagnostic and Statistical Manual of Mental Disorders (DSM) even though it is commonly recognized and treated in clinical practice. This means that it is not categorized as a separate disorder distinct from other eating disorders such as Anorexia Nervosa or Bulimia Nervosa.

Binge eating disorder is therefore classified non-specifically as an Eating Disorder Not Otherwise Specified (EDNOS). Indeed there seems to be much overlap in the spectrum of eating disorders and between BED and Bulimia Nervosa in particular.

This newly-recognized eating disorder is characterized by recurrent episodes of binge eating disorder that occur twice weekly or more for a period of at least six months. During bingeing, a larger than normal amount of food is consumed in a short time frame and the person engaging in the bingeing behavior feels anxiety and a lack of control over the eating.

In BED, bingeing episodes are associated with at least three characteristics such as eating until uncomfortable, eating when not physically hungry, eating rapidly, eating alone for fear of being embarrassed by how much food is being consumed, or feeling disgusted, depressed or guilty after the episode of overeating. These negative feelings may in turn trigger more bingeing behavior.

In addition, although binge eating disorder behaviors may cause distress, it is not associated with inappropriate compensatory behaviors such as those found in Bulimia Nervosa or Anorexia Nervosa. Purging, excessive exercising, fasting, and inappropriate use of laxatives, enemas, or diuretics are not present. Therefore, people with BED often present as either overweight or obese because they consume so many extra calories.