Articles and Videos about Anorexia Athletica

Anorexia athletica is a constellation of disordered behaviors on the eating disorder spectrum that is distinct from anorexia or bulimia. It is most commonly found in pre-professional and elite athletes, though it can exist in the general population as well. People with this condition connect self-worth is tied to physical performance and although some concern may be present about the size and shape of the body, more emphasis is placed on compared oneself to successful or professional counterparts.

You can read our main overview of anorexia athletica here, or scroll down to browse the latest content. 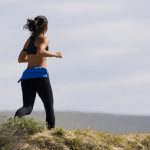 Help A Friend With Anorexia Athletica

Anorexia Athletica is an eating disorder characterized by excessive exercise with or without calorie restriction. Also referred to as Sports Anorexia, Compulsive Exercising, and Hypergymnasia, this disorder is common among athletes. People who have Anorexia Athletica are at risk for malnutrition, which could cause a variety of health problems, including menstrual irregularities in women, decreased … 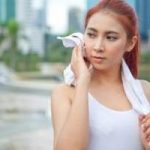 What Are The Treatments for Anorexia Athletica?

Anorexia athletica is a condition characterized by a compulsion for exercise – which may or may not be accompanied by under-eating or an obsession with food and dieting. Unlike anorexia, anorexia athletica tends to revolve around the idea of performance – not necessarily body image – which is why many athletes are prone to the …