Help A Friend With Anorexia Athletica 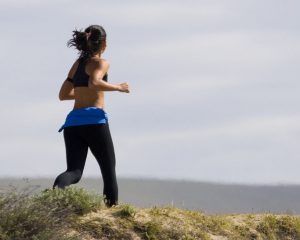 Anorexia Athletica is an eating disorder characterized by excessive exercise with or without calorie restriction.

Also referred to as Sports Anorexia, Compulsive Exercising, and Hypergymnasia, this disorder is common among athletes.

People who have Anorexia Athletica are at risk for malnutrition, which could cause a variety of health problems, including menstrual irregularities in women, decreased bone density, and even death.

Symptoms of Anorexia Athletica include over-exercising; being obsessed with calories, fat, and weight; basing self-worth on physical performance; feeling guilty about missing workouts; and not enjoying exercise.

How to Help a Friend with Anorexia Athletica

If your friend is younger than 18, discuss your concerns with a trusted adult such as a parent, teacher, coach, or school counselor. This person can help you decide on the best course of action for confronting and supporting your friend. Additionally, consider telling his or her parents as they may not be aware that a problem exists.

Approach your friend when you are calm and can be gentle, kind, and understanding. Express your concerns without criticizing him or her, and expect denial as an initial reaction. Refer to specific examples of your friend’s behavior which indicate that he or she has Anorexia Athletica, and focus on your friend’s health as opposed to his or her appearance.

Avoid giving advice unless you are asked for some. Encourage your friend to seek professional help, but expect him or her to refuse treatment. If your friend seems interested but uncomfortable with the idea, offer to accompany him or her during the first visit. Be supportive and caring, not judgmental or manipulative.

Something to Keep in Mind

“People with eating disorders aren’t crazy, irrational, stupid, or dumb. Even if they can’t, or won’t, express themselves directly, they want to feel better about themselves. They also want to accomplish something, or get something, or avoid something, and because they don’t know how to do so in forthright ways, or because they are too frightened or inexperienced to know how to attack their problems directly, they resort to working symbolically via food, weight, and eating [and exercising]. In addition, even though they want us to think they are strong and can handle anything, folks who use food and diets to try to work out other problems are emotionally fragile and easily hurt.”