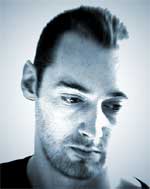 Detecting depression in people suffering from eating disorders is similar to diagnosing it in people without a concomitant mental health disorder. Healthcare professionals look for the symptoms of depression which include feelings of sadness or unhappiness, a loss of interest or joy from activities that used to provide interest and joy (known as anhedonia), a loss of libido, insomnia or sleep disturbances, and a change or loss of appetite.

Medical Treatment for Coping with Depression

Treatment of and coping with depression in eating disorders is much the same as treatment in people without eating disorders even though the clinical picture is more complicated. One of the first lines of therapy is to begin a person on antidepressant medication. The antidepressant of choice is fluoxetine, a selective-serotonin reuptake inhibitor (SSRI), though others like paroxetine, citalopram, or escitalopram may be used. In some cases tricyclic antidepressants such as amitriptyline or nortriptyline may be used but they are associated with increased risks if a person overdoses on them. Finally, other medications that modulate neurotransmitters including serotonin, norepinephrine, and dopamine may be used including venlafaxine, divalproex, and duloxetine.

Therapy to help in Coping with Depression

Another tactic for coping with depression in people with eating disorders is to incorporate psychological therapy. Cognitive behavior therapy (CBT) appears to be particularly effective for the treatment of depression in people with eating disorders. However, people must generally undergo treatment for 6 months or more and recovery is slower than with medication when coping with depression.

Of course a combination of pharmacological and psychological therapies may also be employed in coping with depression. In addition, basic recovery to health supports recovery from depression. For instance, in severely malnourished patients, brain chemistry and hormonal levels which affect mood may be altered or compromised. A restoration to a healthy body weight and body mass index (BMI) will support normal brain and hormone function and positively affect mood. Regardless of whether depression causes eating disorders or is caused by them, it must be addressed when it is present.