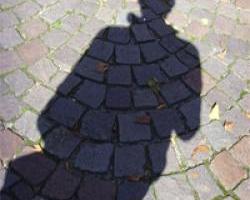 According to the National Eating Disorder Association (NEDA), approximately 10% of people with an eating disorder, including bulimia, are males. Bulimia in men is certainly less prevalent than in women but the life-threatening disease is just as serious regardless of a person’s gender.

Bulimia in men is similar in many ways to the presentation of bulimia in women. Bulimics of both sexes experience intense fear of gaining eight, body dissatisfaction, a distorted body image, and low self-esteem.

In addition, bulimia in men is like bulimia in their female counterparts in that all sufferers binge on food and then purge it. Purging may come in many forms including self-induced vomiting, use of laxatives and diuretics, fasting, and excessive exercise.

Bulimia in men is more prevalent in homosexuals. Accounting for 3 to 5% of the general population, gay males represent double this amount in those suffering from an eating disorder like bulimia.

Bulimia in men is more likely to develop in males who feel pressure to have a low body weight as in various atheletic endeavors such as gymnastics, swimming, body building, running, wrestling, jockeying, and dancing.

One distinct characteristic of bulimia in men is that males are more likely to over-exercise than diet in attempts to control weight.

Bulimia in men is just as serious a condition as in women. Men suffering from this condition deserve recovery.