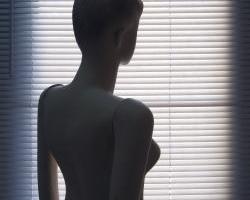 Non-purging bulimia describes compensatory behavior that a person may use in order to control their food intake and weight. However, it does not include common bulimic symptoms such as inappropriate use of laxatives and diuretics, and self-induced vomiting.

Non-purging bulimia is characterized by patterns of binge eating followed by ingesting medications such as diet pills or stimulants, fasting and skipping meals, or participating in excessive amounts of exercise. Although these activities may be employed by bulimics who purge, they are not the primary means of controlling caloric intake. A complex lifestyle is adopted in order to manage the cycle of binging and weight control.

The idea of using non-purging methods in order to curb the appetite and burn off calories rapidly is characteristic of the bulimic sufferer’s fight for control over food and body weight. Binging typically takes place privately, and involves the consumption of enormous quantities of food. The need to re-gain control following the binge and undo the “damage” is followed by a period of austerity in which the individual engages in intense and severely self-disciplined behavior in an effort to rapidly burn off calories and inhibit food intake.

Individuals with non-purging bulimia experience the same lack of control during periods of binge eating as those who purge. Likewise, both types of bulimia lead to feelings of guilt and shame following the binge, and highly critical self-evaluation. Thoughts of self-hatred and revulsion are common.

Non-purging bulimia is a serious condition. Left unchecked, it can to lead to metabolic disorders, low self-esteem, depression, or even death. It is therefore, important to seek treatment for this complex and dangerous form of bulimia, and the emotional issues that accompany it.