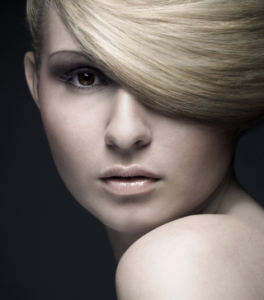 They’re plastered on magazine covers, starring in commercials or stomping down runways in fashion shows. It’s no wonder why American women and girls feel the need to live up to this ideal. But researchers are saying it’s one that can be reversed–with selective attention and perhaps a shift in what the media is willing to show us.

We identify with what we’re shown

A UK study at Durham University analyzed more than 100 women by showing them images of both plus-size models and thin models. Based on the images of the models they had just seen, the women’s feelings about their own bodies and body preferences changed. After viewing images of thin models, women reported a preference for a thin body. After seeing images of plus-size models, the same women were less impressed with the thin ideal.

Lead author Dr. Lynda Boothroyd explains how the very nature of what we expose women to can significantly alter how they feel about themselves and their bodies:

“This really gives us some food for thought about the power of exposure to super-slim bodies. There is evidence that being constantly surrounded through the media by celebrities and models who are very thin contributes to girls and women having an unhealthy attitude to their bodies.”

According to Psych Central, women see an average of about 2,000 images a day from advertising, most of which include women that have unattainable body types for the average female. While the study didn’t report how women felt in the long run–and if they reverted back to a preference for thin because it’s so culturally ingrained–it does shed light on the concept of media-created body dissatisfaction. Boothroyd elaborates:

“Thinner bodies are definitely in vogue, and within Western media thinness is overwhelmingly idolized and being overweight is often stigmatized. Although the media doesn’t directly cause eating disorders, research suggests it is a very powerful factor in creating body dissatisfaction.”

Researchers will perform follow-up studies that attempt to analyze the media-body preferences connection in more detail, and they also intend to include both men and women in this research.