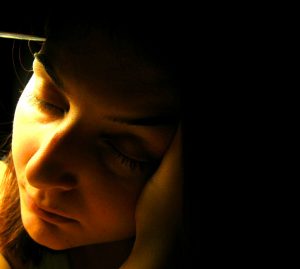 Researchers at Rhode Island Hospital and Auburn University have discovered a link between the number of suicide attempts by persons suffering from body dysmorphic disorder and an extremely restrictive intake of food.

What is body dysmorphic disorder?

Body dysmorphic disorder or BDD is a severe body image disorder in which a person becomes obsessed with the belief that there is something wrong with their appearance, while in reality they appear absolutely normal. The perceived flaws experienced by someone with BDD can cause extreme distress. Over 75 percent of those diagnosed with BDD will feel that their life is not worth living and/or contemplate suicide at some point in their life. Approximately 25 percent of BDD sufferers will make a suicide attempt. Unfortunately, the condition often goes unrecognized and individuals with BDD do not receive the treatment they require.

Interviews with 200 persons with BDD

The study which is available online in the journal “Suicide and Life Threatening Behavior” involved interviewing 200 persons between the ages of 14 to 64 with a lifetime diagnosis of body dysmorphic disorder. Of those 68.5 percent were women. The researchers examined the number of past suicide attempts by the participants and assessed physically painful BDD behaviors.

The researchers based their study on the means by which a person is more likely to be capable of a suicide attempt, including variables such as tolerance to physical pain and a diminished fear of death. In order to determine the association between body dysmorphic disorder and number of suicide attempts, the researchers examined physically painful behaviours practiced by individuals with BDD such as extreme dieting, excessive exercise, BDD related cosmetic surgery, and compulsive skin picking and/or self-mutilation.

Although the researchers noted that some BDD related behaviors appear to be more painful than others, the ability to endure discomfort from a highly restrictive food intake could significantly increase pain tolerance, leading to an increased likelihood of the person being capable of inflicting self-harm and attempting suicide. Participants with BDD who practiced extreme dieting experienced twice as many suicide attempts. However, other BDD related behaviors did not appear to influence the number of suicide attempts.