Anorexic Individuals Unable To Accurately Judge Their Own Body Size 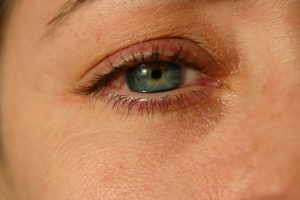 A new research study published in the August 22nd edition of the journal PLoS ONE, has uncovered evidence that persons suffering from anorexia struggle to accurately judge their own body size.

Although the study participants with anorexia were unable to accurately judge the size of their own bodies, they did not appear to exhibit the same difficulty in correctly determining the body size of other individuals.

The study which was led by Dewi Guardia of the University Hospital of Lille in France involved 25 individuals diagnosed with anorexia and 25 control subjects who did not suffer from an eating disorder.

The study participants were shown a “door-like” opening, and asked to determine whether or not they would be able to pass through. They were also asked if the opening was wide enough for another person in the room to pass through.

Previous experimental studies have demonstrated that individuals with anorexia have difficulty judging their own body size, and this was also determined to be true in this study. The anorexic participants expressed their belief that they would not be able to pass through the “door-like” opening even when it was easily wide enough to do so.

Of interest in this particular study, was the fact that the anorexic participants were actually much more accurate at judging the capability of other individuals to pass through the opening than they were regarding their own ability. In other words, they did not experience the same difficulty accurately perceiving the body size of others, as they did with their own size and weight.

The researchers also noted a correlation between the anorexic individuals’ perception of their present body size, and their shape and size before succumbing to the eating disorder. These results suggest that regardless of the amount of weight lost, persons with anorexia may still perceive themselves to be the same size as they were before developing the devastating eating disorder.