Is Too Much Exercise Bad For Mental Health? 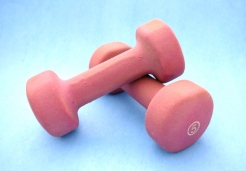 If you’re going to be addicted to something, what’s wrong with it being exercise?

This question is often uttered by health fanatics, but the answer is a little more complicated than you might think. Exercise bulimia–dangerously excessive exercise often preceded by binge eating episodes–is becoming a more widespread condition across the country, and doctors are saying enough is enough.

Too much of a good thing?

Recent research found that excessive exercise can have negative effects on mental health. Anything beyond 7.5 hours a week, or below 2.5, appeared to be linked to things like anxiety and depression.

“We found that if you do a little less than what we generally recommend for health benefits then you had more symptoms of depression, anxiety or poor mental health. But we were really surprised that if you did more you also had worsened symptoms.”

Using self-reported data, Garber and her team analyzed the behaviors of 7,674 adults in 2007. They found that people who engaged in the recommended amount of exercise of 2.5-7.5 hours per week were about 1.39 times more likely to have better mental health.

So, is this an excuse to exercise less? Hardly.

Garber cautions that the data merely point to the fact that over-exercising isn’t necessarily going to bring the physical or mental health benefits people believe it will. Moreover, going overboard could be an indication of a problem.

“When anything becomes a bit more of an obsession and takes up an inordinate amount of time, it can have a negative impact on your mental health,” said Dr. Donald Malone, head of behavioral health at the Cleveland Clinic. “Whether that’s work or it’s exercise, we’ve always said ‘everything in moderation.'”

Garber has plans to follow up this research–published in the journal Preventative Medicine–with a survey on adolescents.