Stress And Perfectionism Can Turn Young Women Into Emotional Eaters 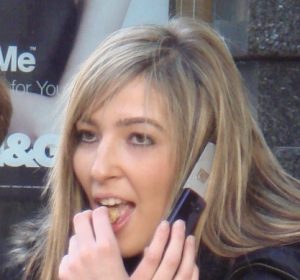 A professor at the University of North Carolina Chapel Hill recently conducted a study confirming the link between the quest for perfection and eating disorders–especially for young women.

Anna M. Bardone-Cone evaluated around 400 college women, assessing their levels of “self-directed” perfectionism and “social” perfectionism. She also took into account stress levels to see if there was a link between stress and binge eating.

Food as a Coping Mechanism

After analyzing how body image, academic pressures and perfectionism affected eating behaviors when the women were feeling negative about themselves, Bardone-Cone concluded that women with high levels of academic stress–and higher standards for social perfectionism–were more likely to use food as a coping mechanism. These women, Bardone-Cone notes, were classified as “emotional eaters.”

She also explains how the women in the study used food or alcohol as a coping mechanism, even when the negativity they felt had nothing to do with their body image.

Bardone-Cone hopes the research will encourage medical professionals to “address social perfectionism” and rewrite the rules for what is expected of young women academically, socially and physically.

“This approach could potentially aid in preventing the development of the more serious problems of binge eating, bulimia nervosa, and problem drinking,” said Bardone-Cone.