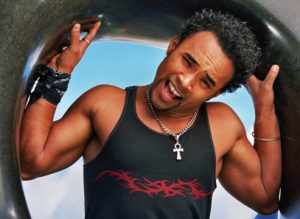 Men are grossly underrepresented when it comes to how they’re affected by eating disorders, a new study says.

While researchers are beginning to see that more and more men struggle with disordered eating (a 2012 study found that 31 percent of men diet in secret), the impact this has on their lives, relationships and self-esteem has been thought to be less severe than it is for women–until now.

Deboarh Mitchinson, from the University of Western Sydney, conducted a study with her colleagues that surveyed 3,000 people from South Australia on eating disorders.

The number of men affected by eating disorders, Mitchinson says, is growing fast–and it’s a population that is largely being ignored.

“Researchers have thought eating disorders are the domain of women so a lot of the research has been biased towards women and not really recruited men,” said Mitchinson.

“That percentage for men is quite high,” says Mitchinson.

Both men and women participants with disordered eating habits also had symptoms of poorer mental and physical health. Mitchinson says that men deserve more attention when it comes to prevention and treatment of conditions like binge eating disorder or bulimia.

“Even though men may be less likely to experience eating disorder features than women, overall there is very little difference between men and women in the impact of these on their physical and mental health,” she concluded.

The study is published online in the International Journal of Eating Disorders.