31 Percent Of Men Diet In Secret 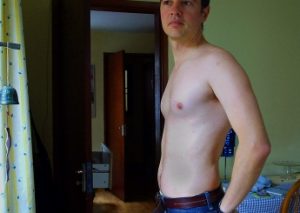 According to some men, dieting is shameful–and should only be reserved for women.

A UK survey by Diet Chef–a home delivery meal and diet plan company–found that about 31 percent of men are too embarrassed to admit they’ve been dieting. Not only that, but about 90 percent of those surveyed said that they want to lose weight.

When asked if they would tell family and friends about their intentions to diet, one in three said no. Fourteen percent said that they see diets as more appropriate for women.

And why are men so embarrassed about owning up to dieting?

More than one-third of the respondents also said that they can’t control their weight because they love eating–of all things–chocolate.

UK men also say that pie is a tempting treat, and that they “can’t bear” to eat a salad as a main course.