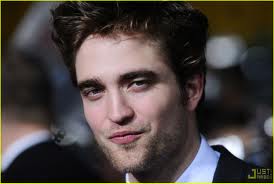 One of the most adored young men in Hollywood recently admitted that he has issues with his body – insecurities that affect his confidence even at red carpet events.

Speaking with Australia’s Sunday Style magazine, Robert Pattinson discussed fame, his career, relationships and how he feels about being a heartthrob.

“I get a ton of anxiety, right up until the second I get out of the car to the event, when suddenly it completely dissipates,” Pattinson said about hitting high-profile events. “But up until that moment, I’m a nut case. Body dysmorphia, overall tremendous anxiety.”

The actor claims that his confidence issues might be the very reason he has never let fame go to his head.

“I suppose it’s because of these tremendous insecurities that I never found a way to become egotistical. I don’t have a six-pack and I hate going to the gym.”

Since the end of the “Twilight” movie series, the 27-year-old actor said he is just now getting used to his tremendous fame.

“I just didn’t expect any of this and I didn’t ask for it,” he said. “It was literally all luck. I just stumbled from job to job … It’s difficult to remain sane. It’s really difficult.”

Stating that he’s in a “transitional phase” of his life, Pattinson is the new face of Christian Dior, posing in provocative ads – after once saying that he wouldn’t promote fragrances.

“I just got so smelly that I had to start wearing it,” he joked.

In terms of his body anxiety, Pattinson said he has always struggled with fitting into some vague ideal, and that having abs of steel or giant pecs aren’t necessarily priorities to him.

“I’ve been like that my whole life. I never want to take my shirt off. I’d prefer to get drunk.”