How To Recognize Body Dysmorphic Disorder 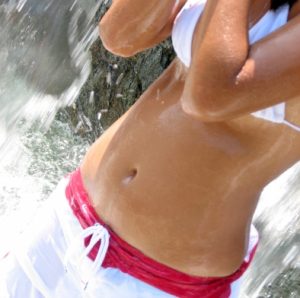 We live in a culture where we’re taught to focus on our flaws.

And in a society where eating disorders are becoming commonplace, the idea of body dysmorphia – a condition where a person is excessively concerned and preoccupied by some perceived body flaw or flaws – also begs for our attention.

What is body dysmorphic disorder

According to the World Psychiatric Association, body dysmorphic disorder (BDD) is a severe psychiatric condition that causes “significant distress and impairment in functioning.” Essentially, people with BDD believe they have some sort of physical deformity that makes them ugly, when, in reality, they look normal to everyone else. As a result of their obsession with this flaw, people with the condition might suffer incredible social, psychological or emotional stress.

How to recognize body dysmorphic disorder

A person with BDD has concerns about his or her body that are obsessive. For example, the person may think their nose is too big, their face is scarred or their stomach is incredibly fat – and the concern about this perceived flaw affects this person to the point of depression, anxiety or other negative mental health symptoms. The person may describe herself as looking hideous or like a monster, and the obsession over appearance may consume up to eight hours of the day. A person with BDD may also have feelings of low self-esteem, shame or unworthiness. The person also tends to believe that others are focusing on the perceived flaw or making fun of it.

BDD can get in the way of normal activities and almost always causes impaired functioning. The World Psychiatric Association reports that BDD can prevent people from having friends, going on dates, succeeding in the workplace or being productive in other areas of their lives. The condition is associated with poor quality of life and mental health impairment that is worse than what is seen in patients with depression or type 2 diabetes.

Treatment for BDD may follow a similar pattern of treatment for eating disorders or depression. Serotonin reuptake inhibitors are often prescribed, as well as sessions of cognitive-behavioral therapy. In cases where BDD is also associated with extremely delusional behavior, antipsychotic medication might also be recommended.