I’ve discovered that it’s ridiculously easy to slip back to the good ol’ compulsive overeating habits. 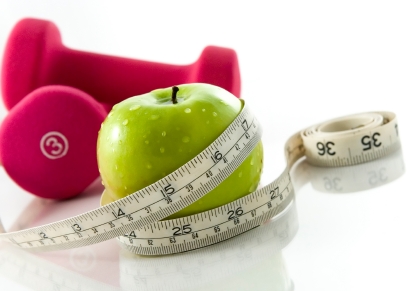 I’ve lost almost a stone, gained a few pounds and lost them again, but I’m still finding my feet. I think my eating is probably the healthiest it’s been since … I don’t think I’ve ever eaten as healthily without being obsessed with weight loss and cutting out certain foods altogether.

But with all the salads I’ve prepared and carbs I’ve cut down on, there’s usually the urge to gorge on chocolate peeking around the corner.

Sometimes I overeat. Scratch that, most days I overeat, but the times when I’ve compulsively jammed food into my mouth as if it’s going out of fashion have been few and far between.

I’m amazed by how easily it is to have a good day with eating and exercise and then wake up the next morning and pick out sugar-coated cereal or the chocolate in the fridge without even comprehending what I’m doing. It’s as if I’m in a food trance in these moments, I don’t think about my actions because I don’t want to, and I’m pretty sure I’ve mastered this skill over the years. If there was a University degree in bingeing and ignoring what you’ve eaten, I’d be the head lecturer.

Actually snapping myself out of the trance and forcing myself to rationalise about food is still very difficult. It helps now that I’ve lost some weight, because for a long time I genuinely thought I couldn’t do it. I’m not talking losing a stone or two, realistically I’m talking eight stone. At least. It depends what my body looks and feels like. So for a while I thought I just could not lose that amount of weight, I just wasn’t strong enough.

Now I realise I can eat a healthy, balanced diet and lose weight. Whenever I go for the sugar-coated cereal I reason with myself that I can have the cereal, but I have to accept the consequences that come with it.

I’ve had a hard time trying to figure out which group I’m in as well. Am I now in the category of weight loss, or can I still fit in with the Eating Disordered? I’ve felt like my blog can’t be both because some posts I’ve written I now disagree with (I’ll get to that another time though). For now I’m just going to blog less frequently than before and see where it leads me. I look forward to catching up with what other bloggers are up to as well.

How are you guys doing?!