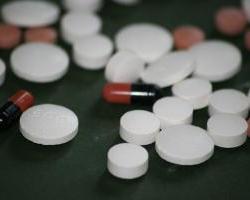 Once a person with bulimia enters treatment, he or she comes under the care of a team of health professionals. Sometimes that team decides that prescribed medications would be beneficial for their client.

Selective serotonin reuptake inhibitors (SSRI’s) are widely prescribed for bulimia. They raise the levels of serotonin in the brain, improving the functioning of neurotransmitters which act as chemical messengers. Individuals with bulimia are believed to suffer from altered levels of these neurotransmitters.

Antidepressants such as Prozac, Zoloft, Paxil, Celexa/Lexapro, or Effexor (which raises levels of both serotonin and norepinephrine in the brain) may be helpful to reduce the frequency of binge/purge episodes. They are most effective when combined with counseling and nutritional help. These medications also assist with anxiety, obsessive-compulsive disorder, PMS, post-traumatic stress disorder, and impulse-control disorders. Often, persons suffering from bulimia are affected by a combination of the eating disorder plus additional psychiatric problems.

According to a number of evidence-based studies, a high dose of Prozac combined with cognitive behavior therapy provides the best treatment success, at least in the short term. Unfortunately, many bulimics return to the behaviors that are a part of their eating disorder, and require more treatment.

A medication originally used to treat epilepsy that is now prescribed for the prevention of migraine headaches is also showing some potential for the treatment of bulimia. Topiramate has helped some bulimics reduce the number of binge/purge cycles, and has lessened their preoccupation with eating and losing weight.

Other medications which may be prescribed for recovering bulimics include antacids to reduce stomach acid (a frequent complication) and bulk laxatives such as citrucel to correct the overuse of more potent laxatives.