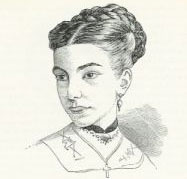 One of the main influences in the psychology of anorexia is family dynamics. The families of many anorexics are rigidly structured with a large amount of control exerted by some family members over others. Anorexia may develop as a way for a person to assert his or her independence from this suffocating family situation.

Alternatively, if the family dynamic is one of overprotectiveness and closeness, children may only identify as their role in the family rather than as a unique individual. Such people may develop anorexia as a way to maintain their role as the child in the family due to a fear of becoming an adult.

Families that overemphasize appearance, fitness, thinness, and are overly critical can also influence the psychology of anorexia.

Many anorexics have personality traits that contribute to the psychology of anorexia. These traits include low self-esteem, rigid thought patterns (black or white thinking), a need to control life, being an overachiever, being a perfectionist, being overly self-critical, and a need to avoid conflict.

Traumatic experiences may also contribute to the psychology of anorexia. Many anorexics have experienced sexual, physical, or verbal abuse. Trauma may also include the death of a loved one, the transition of adolescence, starting a new job, losing a job, starting a new school, failing as school, or the end of a relationship.

Often the results garnerd from anorexic behavior garner positive reinforcement. The psychology of anorexia becomes self-perpetuating as peers and family members make positive comments about the anorexic’s appearance. This positive reinforcement can lead to a feeling of power, self-control or virtue.