How To Use Behavior Therapy To Treat Anorexia 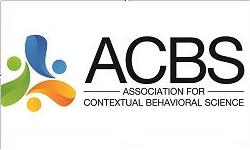 Behavior therapy tries to teach patients how their actions influence how they feel and empower them to change their lives by changing these behaviors. Therapy consists of several techniques used in tandem and all can be applied to anorexia treatment and recovery.

Role Playing uses pretend situations to teach better responses. For example, a therapist might set up a situation where an anorexic feels they are being judged as fat and offer suggestions on how thoughts might be redirected in that situation, directly addressing a distorted body image. Another could be a situation where the anorexic feels they need to purge or burn off excess calories (such as right after a meal). The therapist would use the “pretend” set-up to awaken emotions and point out alternative behaviors.

Behavior Modification
Once a negative behavior is identified, a replacement behavior is offered. The more positive behavior then has a reward attached to it. For an anorexic, it may be a reward that follows something as simple as a small weight gain or regularly meeting weekly goals for regular mealtimes.

Important to this technique is finding something that is both rewarding and can be linked to the positive behavior. Another method, called negative reinforcement, is less often used – this is the opposite technique of punishing unwanted behavior instead of only rewarding beneficial behavior.

Self Monitoring and Scheduling
It is critical that the patient “buy into” the treatment. Behavior modification works best when the anorexic is a willing participant and wants to alter their behavior. Self monitoring puts some of the power into the patient’s own hands. Doing this offers them the ability of learning a long-lasting method they can use by themselves, outside of therapy.

Scheduling goes along with self monitoring as a way to set realistic goals and record progress. The schedule is set with help from the therapist and customized to each patient. A written schedule offers a neutral way to add a kind of authority and a known standard for rewards.

Other specific techniques will be offered to individuals, depending on what particular cues lead to the unwanted behavior. Part of the process is to empower the anorexic by allowing them to understand their own behaviors better. “When you do X, this happens.”

One big advantage in behavioral therapy is removing the judgment and shame from the equation. Behaviors are positive or negative, but the person exhibiting them is not.