How To Identify Anorexia 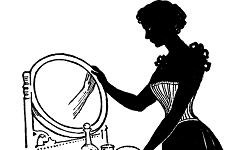 The most obvious symptoms of anorexia revolve around weight loss or failure to gain weight when expected. However, if this is the only visible symptom, other explanations should be investigated – many medical conditions can lead to weight loss or loss of appetite.

An anorexic doesn’t have to be extremely thin, although eventually, this is the expected outcome. Someone who was initially heavy and loses a great deal of weight quickly may actually be on the path toward anorexia. The previously overweight condition acts to mask the current and continued weight loss. Another example is someone who is still growing (as when anorexia emerges during adolescence) but fails to gain a normal amount of weight because he or she is restricting calories. This person may maintain his or her current weight when the expectation is that he or she should be gaining as he or she grows.

Since anorexia is primarily a physical condition driven by an obsession with body image, the attitude shown toward food is often a tip-off. Anorexics tend to focus on calories taken in and “paying back” either through exercise or other ways to remove calories. Comments like, “I’ll have to burn this off later,” may mean more than we think.

There are two main ways anorexics lose weight. The first is calorie restriction – simply avoiding eating much at all. The second is removing calories, either through exercise or by purging. Purging can consist of vomiting or the use of laxatives to move food quickly through the digestive process and absorb fewer calories. Any particular anorexic may use one or more methods, but usually has a preference.

Spotting these behaviors means having a relationship with the person involved. How does he or she behave during a meal? Does he or she habitually under-eat or make excuses? Does he or she visit the bathroom right after eating? Do you sense he or she feels that exercise is more than something to do to maintain health, but an actual obsession?

Other signs are conversations that revolve around food, claims of being “too fat,” and concealing clothing. Bulky sweaters and sweatshirts can hide drastic weight loss while giving the anorexic much needed warmth – as they lose fat, they tend to chill easily.

Other symptoms are fatigue, social withdrawal and, in young women, amenorrhea – more than three periods missed in a row can be a sign of nutritional deficiency from anorexia.