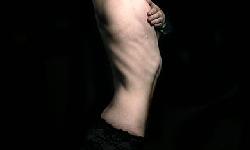 Eating disorders where the primary outcome is a failure to take in proper nutrition will result in an emaciated, starved look, excessive fatigue, hormonal changes, and eventually, death. The classic anorexic nervosa patient pursues thinness relentlessly. They have a distorted body image and, while their weight is obviously lower than normal, they do not see themselves this way and strive to lose even more.

The weight loss is the result of a dangerously low food intake, purging or using laxatives, dieting to reduce calories, or excessive exercise to “burn off” fat. While patients usually have a preferred method to stay thin, they may mix and match depending on the situation.

As the body loses more and more weight, physical problems emerge. Notably, different systems begin to shutdown or malfunction. In women, it is common to stop menstruation, for example. In effect, the body is conserving those resources it has for the more important functions and shutting down others.

Body image awareness is a key feature of anorexia nervosa, and patients are very conscious of their weight and body type. They may obsess about their “look” and examine themselves critically for any sign of putting on weight. They will weigh themselves often and a gain of even a couple of pounds can cause feelings of fear and being out of control.

Food is viewed abnormally by anorexics. They will usually portion food carefully, dividing it up into smaller and smaller amounts. Some become experts at calorie counts and others will shy away from any food deemed “fat producing.”

While the dramatic weight loss and emaciated appearance is the most commonly spotted symptom of anorexia, and the public often comments on a celebrity who seems underweight, there are other signs that warrant investigation.

Because anorexia can lead to lifelong changes in health status or even starving to death, getting professional help for the condition is a must. Some episodes come only once in a lifetime, but for others, the condition is a long struggle to overcome and some never do.