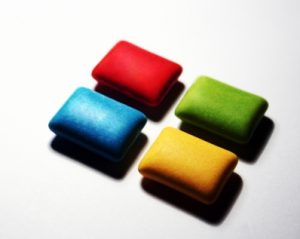 Cognitive-behavioral therapy (CBT) has long been the standard treatment method for eating disorders.

But the results of a recent study at Rogers Memorial Hospital suggest that using the same methods employed to treat obsessive-compulsive disorder (OCD) – in addition to CBT – might produce better outcomes when used on patients with eating disorders.

Theodore E. Weltzin, M.D., FAED, FAPA, Medical Director of Eating Disorders Services at Rogers’ Eating Disorder Center, says that it’s not unusual for eating disorders and OCD to go hand-in-hand, but that research has shown little about how to best treat a patient with both conditions.

Researchers studied the outcomes for 56 eating disorder patients treated with standard cognitive-beahvioral therapy and exposure and response prevention (ERP) – the latter of which is a common modality used to treat OCD.

ERP was used to to introduce patients to “feared” foods, much like someone with OCD would be introduced to a feared outcome, with the intent of helping the patient face and overcome the challenge. By coming to terms with irrational beliefs, the study authors note, patients can work through them.

At the end of the study, all patients showed improvement in three areas: OCD symptoms, eating disorders and depression. Also encouraging was the fact that patients who had not responded well with outpatient therapy showed significant improvements.

“The results further substantiate the belief that many disorders overlap with others and that it’s imperative to treat all of them simultaneously to achieve a truly effective recovery,” noted Bradley C. Riemann, Ph.D., Clinical Director of the OCD Center and Cognitive Behavioral Therapy (CBT) Services.

The results of the study are published in the journal Cognitive Behaviour Therapy.