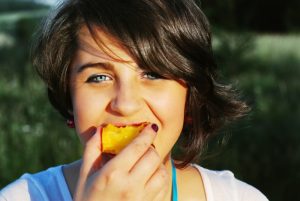 A study of teenage girls recovering from eating disorders has determined that once the girls re-gain a healthy weight, their levels of essential fatty acids return to normal.

The study which is published in the August edition of Acta Paediatrica was conducted by researchers at Uppsala University Children’s Hospital in Sweden. The results suggest that adolescent girls with eating disorders that increase their weight to normal levels do not require omega-3 polyunsaturated fatty ac id supplements.

Deficiencies in polyunsaturated omega-3 essential fatty acids have been linked to serious mental health issues including depression. Eating disorders such as anorexia that result in severe weight loss are known to cause problems with metabolism and endocrine function which can affect the levels of fatty acids in the body.

The researchers examined 24 teenage girls suffering from eating disorders for one year, and compared the results to those of 39 adolescent girls of normal weight. The average age of the girls at the beginning of the study was 14.3 years. 17 of the girls with an eating disorder were diagnosed with anorexia nervosa, whereas the other 7 were diagnosed with an unspecified eating disorder. The girls being treated for an eating disorder had an average body mass index of 15 at the start of the study, which went up to 19 one year later. The teenage girls of normal weight had an average body mass index of 21.2.

One year later, there were fewer differences between the two groups of girls. Only 2 of the teenage girls with eating disorders were suffering from depression, and 16 were having their menstrual period. The girls who had been treated for eating disorders had regained healthy levels of omega-3 fatty acids once they resumed normal eating patterns and increased their weight. The researchers concluded that adequate nutrition appears to be a key component in the maintenance of healthy levels of these essential fatty acids.