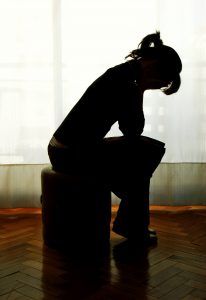 At least 12 adult patients have been discharged from a British Columbia Canada treatment program for eating disorders despite being dangerously underweight and experiencing failing health.

According to a CBC News report, the authorities at the eating disorder program state that the decision to discharge patients was based on stringent criteria. However, affected individuals claim that they are being denied treatment because they are considered to be “chronic cases”.

One such patient, Amber Foster, is 30 years old and suffers from anorexia. She was discharged from the eating disorders program at St. Paul’s Hospital in Vancouver two months ago. At the time, she weighed only 80 pounds, and has since lost more weight. Her liver is failing and she suffered a third heart attack recently. She is also vulnerable to refeeding syndrome, placing her at risk for severe metabolic disturbances following any food intake.

Amber has expressed to CBC News that she believes she has been sent home to die. Other health professionals who are aware of the situation, have questioned the decision to discharge severely ill patients from the eating disorders treatment program, citing dubious ethics and prejudice against older patients with chronic eating disorders.

It is also noted that patients with eating disorders also suffer from other conditions such as depression, substance abuse, or anxiety disorders. Treatment and care for these patients can be complex and multi-factorial, and is usually a long-term process.

It is not clear at this time, what the stringent criteria are for discharge of patients from eating disorders treatment programs in British Columbia. However, Amber has been told that she may now be sent to an out-of-province treatment facility in Edmonton, Alberta.