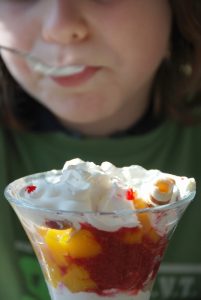 A pilot study that aims to develop new approaches for the treatment of overeating in children, has noted promising results through 2 new methods.

The University of California, San Diego School of Medicine study which is published in the Journal of Consulting and Clinical Psychology focuses on improving childrens’responses to their body’s internal hunger and fullness cues, as well as limiting their physiological and psychological reactions to food in the environment.

The researchers wanted to find ways to help children and parents manage and respond to situations that frequently result in overeating and weight gain.

In the study, 36 obese children and their parents were divided into 2 groups for 8 week long training sessions.

One group participated in appetite awareness, and the other experienced cue exposure training in which they were taught to resist food placed in front of them.

The children and parents in the appetite awareness group practiced paying attention to their hunger and state of fullness while eating a dinner meal which they brought to the clinic.

The children and parents in the cue exposure training group worked on resisting food items that they craved. They were taught to hold and smell the food item, and take only small bites for up to 20 minutes. They were asked to rate their cravings, and then throw away the food.

The participants in both groups were given post-treatment surveys in which a high percentage (81 percent in the appetite awareness group and 69 percent in the cue exposure training group) described feeling more in control of their eating patterns due to the program. The training was also popular among the children, and had a positive effect on decreasing incidents of binge eating.

The researchers note that this study offers a new way of treating overeating and binge eating among children. Previous therapies such as restricting food intake and participating in intensive exercise are not successful in the long-run for many children. Additional research is planned for the summer of 2012.