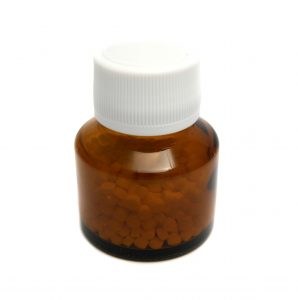 A recent article in the Wall Street Journal notes that Par Pharmaceutical Cos. (PRX) is challenging a federal rule preventing the company from promoting the drug Megace ES.

This medication has been federally approved since 2005 for the treatment of anorexia, cachexia, and unexplained weight loss in patients with AIDS. Cachexia which is often seen in patients with cancer, heart failure, COPD, and AIDS (among other illnesses) is also known as wasting syndrome. Patients with this condition suffer from significant weakness, lack of appetite and subsequent weight loss, even if the person consumes more calories.

Physicians also prescribe Megace ES for off-label treatment of conditions other than those listed above. The anorexia medication is sometimes given to patients with symptoms of wasting due to other causes. This would include some geriatric patients, and individuals with unexplained weight loss that is not cancer or AIDS related.

Par Pharmaceutical Cos. is filing the lawsuit based upon the fact that doctors have used Megace ES on a variety of patients over a considerable period of time, citing infringement of its first-amendment rights to promote the anorexia treatment for unapproved uses. The drug manufacturer argues that the current FDA regulations are contrary to their first amendment rights and the Federal Food, Drug and Cosmetic act. They are hoping for special regulatory guidance that would permit them to discuss the off-label use of the anorexia medication with doctors who might be able to use Megace ES to benefit other patients.

Par Pharmaceutical Cos. have issued a statement describing the use of Megace Es for off-label purposes, stating that it is “lawful, widespread, and medically necessary”. The company goes on to mention that the cost of Megace ES prescriptions are reimbursed by the government under the Medicare and Medicaid programs, further legitimizing the use of the anorexia treatment for a variety of causes.