Is Eating Disorder Treatment Covered By Health Insurance? Probably Not 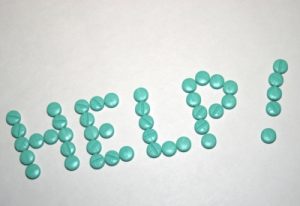 In a country where getting health insurance is difficult enough, it’s hard to be picky about your plan.

But our nation’s growing trend of eating disorders suggests that health care providers ought to rethink what kind of coverage they offer–and how they classify diseases like anorexia and bulimia. A recent report by Kaiser Health News sheds light on a problem most insurers all too often ignore: helping people who truly need it.

Lack of coverage can be life-threatening

According to the Eating Disorders Coalition (EDC), about 14 million people suffer from some type of eating disorder. The treatment of these types of conditions is often complex–both mental and physical health services are often needed, as well as things like nutritional counseling and ongoing outpatient support.

And as insurance prices continue to skyrocket, the EDC notes that about 97 percent of eating disorder specialists believe their patients are put in “life-threatening” situations due to lack of access to care. “Exclusion of eating disorders is all too common on the part of insurers seeking to limit interventions deemed non-essential,” the EDC wrote in a letter to federal officials last year.

“Despite being biologically based mental illnesses with potentially severe physical health ramifications, including death, eating disorders are all too often found on lists of benefit exclusions.”

Insurers say lack of research is the problem

According to insurers, however, they are not the ones to blame. Susan Pisano, a spokeswoman for America’s Health Insurance Plans, notes that there is not sufficient research about the nature of treating eating disorders. This lack of evidence, says Pisano, is what impedes insurance companies from being able to change coverage specifications about this type of care. “For diabetes you have the physical aspects that are treated and then you have behavioral issues addressed as well,” she said, citing exercise and courses on better nutrition as examples.

“But for eating disorders, there’s a lack of evidence for what works and what doesn’t work.”

And while patients with good health insurance coverage might initially benefit from several different treatment therapies, most end up relapsing because a key component of a well-rounded recovery process is not available to them under an insurance plan, such as meeting with a dietitian for nutritional counseling.

Even worse is the common misconception that, like alcoholism or other mental health problems, an eating disorder is simply the result of a lack of willpower or personal control.

“People think: ‘Just tell her to eat,’ or ‘Tell her to stop eating,’ or ‘Go on a diet,'” said one patient. “They don’t realize that this is a serious mental health issue.”