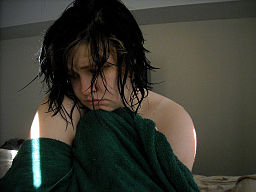 Bipolar disorder is a disorder which can also be referred to as manic depression. The condition is a mental health illness which is characterized by repeated episodes of depression, severe mood swings and at least one occurrence of mania. Not only does bipolar disorder affect a person’s mental health, but it can also manifest itself into other illnesses.

re there different types of bipolar disorder?

There are a number of different types of bipolar disorder including bipolar I and bipolar II disorders. The type of bipolar disorder someone has can also be classified as mixed, this means episodes that last for less than the normal time required for diagnosis or rapid cycling which means a person will have four or more mood disorder episodes per year.

How is a person diagnosed with bipolar disorder?

There is not one particular diagnostic test used to confirm if someone has bipolar disorder. Rather a health care practitioner will make a diagnosis of the condition by gathering a comprehensive family, medical and mental health background. A medical professional will also perform a physical examination or request the person’s primary care doctor to perform one. A medical evaluation, including lab tests will help a physician determine if the person has a medical condition which could have mental health symptoms.

What types of illnesses could coexist with bipolar disorder?

In addition to providing the right treatment for bipolar disorder, it is important to find out if a person has any other illness which requires care. The following illnesses could coexist with bipolar disorder:

•Anxiety: General anxiety disorder or GAD, is a mental health disorder which is highlighted by multiple specific or non-specific worries which can interfere with an individual’s life in some way. The most common anxiety disorders are phobias, obsessive compulsive disorder, and post-traumatic stress disorder.

•Panic attacks: The symptoms of a panic attack will start abruptly and may include; dizziness, shortness of breath, rapid heart rate, chest pain/sensations, tingling and severe anxiety. While a panic disorder is serious it is generally not life-threatening.

•Alcoholism: Alcohol abuse and dependence are both horrible and the disease of alcoholism is characterized by a person having a repeated pattern of drinking alcohol excessively in spite of the negative consequences being incurred. People with alcohol dependency issues will drink at all costs and it can affect someone’s work, social life, and family, emotional and psychological health.

•Stress: It is normal for someone to have some stress in their life. Stress can help a person grow and learn valuable lessons, but if not kept in check, it can also cause someone many problems.

•Depression: Depression is a group of symptoms which can reflect a sad, blue mood which exceeds normal grief or sadness. A depressive disorder is not only characterized by negative moods, behaviors and thoughts, but also by specific behavioral changes in appetite, sleeping patterns and sexual activity.

•Psychotic disorders: Psychotic disorders include schizophrenia and a number of disorders which are lesser-known. There are environmental, biological, genetic, and psychological risk factors associated with the development of psychotic disorders. When a person is suffering from psychosis, it will manifest itself in inner world and behavioral changes.

•Drug abuse: People with bipolar disorder will often engage in substance abuse out of a desire to control the symptoms of mania. Drug abuse is a disorder which is characterized by a pattern of self-destructive use of a substance. An addiction to drugs means a person is physically dependent and while drug abuse and addiction may seem similar in nature, they are very different. People with bipolar disorder and drug abuse or addiction issues are classified as “dual diagnosis” because they have an addiction issue which occurs at the same time as a mental health disorder.

It is possible that bipolar disorder could be severe and long term or it may be mild with infrequent episodes. Treatment of bipolar disorder usually includes mood stabilizing drugs and in some cases, a person may need therapy. Doctors do not know the cause of bipolar disorder, but with the proper treatment and follow-up care, a person can control the symptoms of the disorder and lead a healthy and productive life.