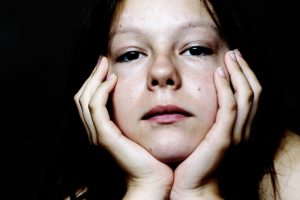 An eating disorders specialist in the U.K. has suggested that early intervention is key to providing effective treatment for children with anorexia.

Professor Bryan Lask has reported that many of his patients who are becoming ill with anorexia are under the age of ten. He is a leading researcher in the field of eating disorders, and is currently focusing on increasing our understanding of anorexia from a genetic perspective.

Professor Lask and his team of researchers suspect that there is a strong genetic predisposition to anorexia. They are using photo imaging technology to examine a small part of the brain known as the insula which is underactive in people who suffer from anorexia.

It is hoped that linking a brain “difference” with the eating disorder, will change people’s attitudes about anorexia, and reduce the stigma surrounding the illness. Professor Lask is quick to point out that anorexia is not something a person chooses to get. It is a disorder that affects a variety of individuals including children; not just middle-class women.

As the age of patients diagnosed with anorexia goes down, specialists and clinicians believe that it is becoming all the more urgent to provide effective treatment options that will address the cause of anorexia, not just the symptoms.

At present, there is a shortage of specialized treatment services for anorexics in the U.K., especially for children. Limited health budgets and cut-backs have led to “revolving door treatment” such as re-feeding and restoring weight rather than working on the underlying issues. Unfortunately, this frequently results in long-term cases with individuals who experience a more severe progression of the challenging eating disorder.

Some people who have suffered with anorexia for many years have to cope with chronic conditions such as osteoporosis in their teens and early twenties. It is hoped that research will lead to specific strategies to prevent the disorder from becoming chronic, especially with children.