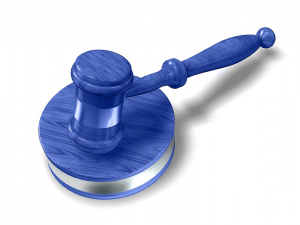 A decision by a leading U.K. judge to allow life sustaining treatment for a woman suffering from anorexia has re-opened the debate on whether or not the authorities should intervene in cases where a person with a serious illness chooses to end their life.

The woman in this particular case, whose name has not been released, is a 32 year old former medical student from Wales. She has not eaten solid food for over a year and is believed to be in extremely poor health.

Complicating the decision to provide nourishment against the woman’s will, is the fact that her chance of recovery (even with force-feeding) is believed to be only 20 percent. The woman’s quality of life during the treatment procedure would also decrease.

The woman had already signed documents twice last year indicating that she did not wish to be given life sustaining treatment. Her parents have also expressed to the court the belief that their daughter will not recover, and that she should be allowed to “choose her own path”. In short, the woman’s parents have stated that they feel their daughter has “suffered enough”.

The judge, Mr. Justice Jackson has already admitted that this has been one of his most difficult cases. Although there is a substantial possibility that providing nourishment would not be enough to save the woman’s life, the judge who sits at the Court of Protection in London, England determined that there is still a possibility that the treatment could succeed.

While believing the woman to be completely aware of the gravity of her condition and competent to make a decision regarding refusing treatment, the judge still ruled in favor of mandatory feeding in an attempt to save her life.

The ruling has opened up an emotional debate on both sides of the issue, regarding a person’s right to refuse life saving treatment. The case also highlights the extremely serious nature of eating disorders such as anorexia nervosa.