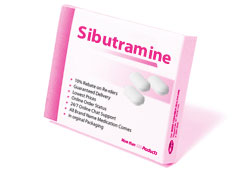 Scientists have discovered that the an anti-obesity drug Sibutramine changes the way the brain responds to foods in obese individuals. This discovery may help with the development of new anti-obesity drugs which may also reduce the activity in the regions of the brain stimulated by the sight of certain foods.

“With the placebo, it was shown that simply seeing pictures of appetizing foods caused greater activation of many regions of the brain that are known to be important for reward the processing. On sibutramine, however, they found that the anti-obesity drug reduced brain responses to the appetizing foods in two regions of the volunteers’ brain the hypothalamus and the amygdala. These two regions are known to be important in appetite control and eating behavior. Additionally, people who had the greatest reduction of brain activation following drug treatment tended to eat less and to lose more weight.”

Anti-obesity drugs such as sibutramine could help people stop gaining weight and even allow them to lose unwanted weight.