Anorexia Perceived As Separate From Authentic Self According To UK Study 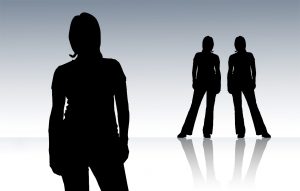 A UK study examining women being treated for anorexia has identified that women suffering from the serious eating disorder regard their illness as separate from their authentic or real selves.

The report which is published by The Hastings Center, a nonpartisan research Institution, describes a research study in which 29 women being treated for anorexia were asked questions about their illness.

Several different questions were offered to the women, including their understanding of anorexia, their feelings about compulsory treatment, and their opinions regarding the impact of anorexia on a person’s decision making ability. Although the researchers did not specifically ask the women about identity issues or being authentic to oneself, these ideas were expressed in almost every case, as integral to the women’s struggle with anorexia.

The women tended to see the condition of anorexia as separate from their real self. Some women described the situation as a power struggle between their real selves and their non-genuine identity which was affected by the anorexia.

The researchers determined that helping sufferers to see their anorexia as separate from their authentic selves might be an effective strategy in the treatment of the eating disorder. Several women admitted that it would be helpful to them, if others provided support in the form of helping them to identify their logical and genuine selves in order to gain power over the non authentic part affected by anorexia.

The report does however, emphasize that the conflict between the women’s authentic and non authentic selves did not translate into a lack of decision making ability regarding compulsory treatment for anorexia. In other words, the conflict does not justify doctors overriding a patient’s refusal to consent to treatment. The report goes on to suggest that health professionals continue to monitor the patient’s views over a period of time, in order to determine whether the inner conflict experienced by the person with anorexia is impacting their decision making ability.