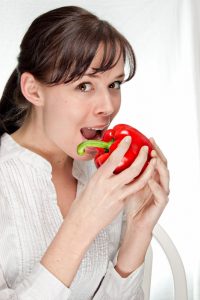 A new study published in the Journal of the Academy of Nutrition and Dietetics has determined that women diagnosed with an eating disorder are four times more likely to be vegetarian compared to women with no eating disorders.

The study involved 93 women who had been treated for an eating disorder at some point in their lives, along with 67 women with no known eating disorders to act as control subjects. The researchers were interested in analysing the participant’s eating habits and motivations for choosing food, as well as the age at which the women chose to follow a vegetarian diet.

It is suggested that health care workers should explore their patient’s motivation for following a vegetarian diet in order to screen for the possibility of an eating disorder.