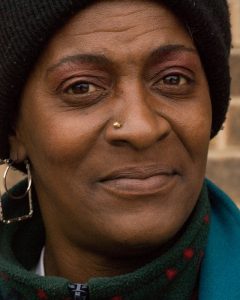 A study originally intended as a housing experiment in Baltimore, Boston, Chicago, Los Angeles, and New York has revealed some interesting data regarding changes to women’s health.

The experiment started out as a program in which thousands of poor women in public housing projects were given the opportunity to move to more affluent neighbourhoods. At the time, it was believed that this would improve their access to better employment and education.

The research took a new direction, when it was noted that there were small but significant changes to the health of the women who moved to higher-income areas.

After a period of 10 years, researchers measured the health outcomes of the women who had moved and of those who had stayed in their original public housing projects. 4,500 women were included in the study, with 1,800 choosing to move when provided with the means. The women were given blood tests and weighed in order to determine their current health status, and propensity to develop type 2 diabetes which is linked to obesity.

Women who moved to more affluent areas demonstrated the lowest rates of obesity and diabetes. Researchers noted that a person’s risk of developing obesity or diabetes went down nearly 20 percent by moving out of their original home located in poverty stricken housing projects. The women who moved to wealthier areas were still challenged by above-average rates of obesity – at 14 percent. This compares with 18 percent obesity rates for the women who remained in their original housing.

The researchers have several theories as to why they saw improvements in the health of the women who moved. Possibilities range from too much stress coping with crime in the housing projects, which can lead to changes in weight-controlling hormones, to a lack of healthy food options and access to medical care. It was also noted that women who live in poor crime-ridden areas are less likely to find local opportunities for physical exercise.

The study has some flaws and requires more research in order to replicate results. However, it does bring up some interesting concerns regarding the long-term health implications of extreme poverty.