Ten Foods Responsible For 44 Percent Of Sodium Consumed By Americans 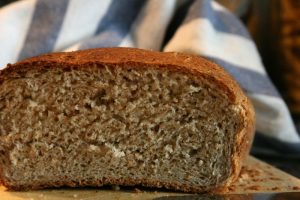 According to a recent report by the Centers for Disease Control and Prevention (CDC), breads and rolls account for the number one source of sodium in the diet of Americans.

The CDC report is the result of surveys of more than 7,200 people during 2007 and 2008, including approximately 3,000 children. Participants were asked questions about their food choices on two separate occasions. Each time, the respondents outlined what they had consumed during the previous day, and this information was then analysed by the researchers and assigned sodium amounts.

Although salty snacks such as potato chips and pretzels are often identified as the saltiest foods, they actually came in at number 10 on this occasion. Researchers point out that while breads and rolls do not necessarily contain more sodium, they are a food item that is frequently consumed in the American diet.

The concern over the amount of salt in the diet of many Americans is due to the link between sodium and high blood pressure. High blood pressure or hypertension increases a person’s risk of heart disease and stroke.

It has been known for a number of years that many Americans consume too much sodium in their diet, mostly as a result of processed food and eating out in restaurants. The surprising results of the CDC surveys indicate that Americans can easily consume too much sodium without being aware that they are doing so, since many popular food items that are high in sodium do not necessarily taste salty.

Other food items identified as contributing to sodium overload in the American diet include cold cuts and cured meats, pizza, poultry, soups, fast-food hamburgers, sandwiches, cheese, pasta dishes, and meat dishes. In total, just 10 foods are responsible for 44 percent of sodium that is consumed by the American public.

Researchers note that the amount of sodium in each food type can vary considerably. They are encouraging consumers to read labels carefully in order to determine the quantity of sodium in a food item or to eat smaller portions of foods high in sodium.