Sugar Shown To Have Toxic And Addictive Properties 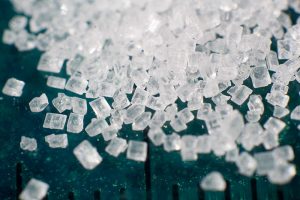 Kimber Stanhope, a nutritional biologist at the University of California, performed a study that indicates sugar consumption raises LDL cholesterol. The study reports:

“The study suggests that when a person consumes too much sweet stuff, the liver gets overloaded with fructose and converts some of it into fat. Some of that fat ends up in the bloodstream and helps generate a dangerous kind of cholesterol called small dense LDL. These particles are known to lodge in blood vessels, form plaque and are associated with heart attacks.”

The report also highlights insulin dependent caner tumors that take up sugar from the bloodstream. Lewis Cantley, a professor at Harvard and head of Beth Israel Deaconess Cancer Center explains:

“So if you happen to have the tumor that has insulin receptors on it then it will get stimulated to take up the glucose that’s in the bloodstream rather than go into fat or muscle, the glucose goes into the tumor. And the tumor uses it to grow.”

The research also showed that sugar fires some of the same brain pathways as cocaine and that those who frequently drink soda and eat ice cream are building up a tolerance to it. “If you overeat these on a regular basis it causes changes in the brain that basically it blunts your reward region response to the food, so then you eat more and more to achieve the same satisfaction you felt originally,” says Eric Stice, a neuroscientist at Oregon Research Institute. He also calls sugar’s effect, “euphoric.”

This news is not new. For decades health foodies have been yelling about refined sugar, its ability to be addictive and the toxic affects it can have on the human body. This report by CBS news finally brings sugar toxicity to the mainstream.