Study Suggests That Weight Loss Can Be Contagious 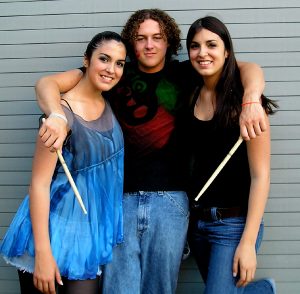 A new study published online in the journal Obesity has suggested that teammates may influence one another’s weight loss, and that the process of losing weight may be considerably impacted by social networking. Weight loss may well be contagious.

Researchers at the Miriam Hospital’s Weight Control and Diabetes Research Centre and Brown University studied data from the 2009 Shape up Rhode Island (SURI) campaign, a 12 week online weight loss competition. Participants could elect to compete in teams against other competitors in 3 divisions; weight loss, physical activity, and pedometer steps.

The weight loss competition involved as many as 3,330 obese/overweight individuals divided up into 987 teams. Most participants competed in all 3 divisions.

The researchers noted that team members achieved similar weight loss results, and those participants who lost the most weight attributed their success to their teammate’s involvement in the weight loss challenge.

Team-based weight loss competitions may be especially beneficial for individuals hoping to lose weight due to the positive and contagious effects of social networking. Specifically, participants were influenced by their teammate’s support and encouragement, as well as setting common weight loss goals, and providing accountability.

The researchers determined that similar weight loss amounts were clearly identifiable within individual teams. They also observed the importance of positive social traits and peer pressure among team members such as working together to achieve healthy weight loss goals.

There were also some individual characteristics which contributed to weight loss success. Obese individuals lost more weight than overweight participants, and team captains were also especially successful at losing weight. The researchers believe that the team captains may have been particularly invested in their role, and motivated to work especially hard in order to encourage other teammates.