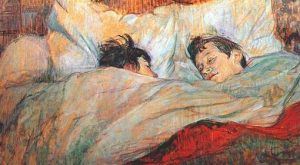 A new study published in the May issue of the American Academy of Sleep Medicine’s journal “Sleep” has determined that individuals who get more than 9 hours of sleep per night may be able to suppress genes that would otherwise contribute to them gaining weight.

Researchers observed the sleep patterns of 1,088 pairs of twins, both identical and non-identical whose average age was 36. They were interested in examining the impact of the twin’s sleep habits on the environmental and genetic factors that influence weight gain. The body mass index (BMI) of each twin was used to decide whether or not that individual was obese.

From examining the sleep habits of the twins, the researchers were able to establish that 70 percent of BMI changes occurring in those persons who received less than 7 hours of sleep per night were affected by environmental factors such as diet and exercise as well as genetic influences. For those twins who slept for 9 hours or more per night, this number dropped to 32 percent. In other words, the impact of genetic factors was lessened in the twins who got more sleep.

There are a number of theories to explain why people who sleep longer may have a lower likelihood of becoming obese. The researchers suggest that it is possible that a shorter sleep time may provide an ideal environment for obesity genes to thrive. Likewise, individuals who get plenty of sleep may in fact be able to suppress the function of these obesity genes. In addition to this, personal choice regarding diet and exercise may have a greater impact on the weight of individuals who receive more sleep.

Detail from “Le Lit” by Toulouse-Lautrec