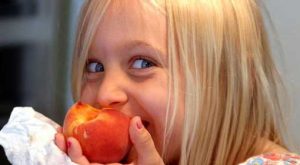 A new study has tested the effect of restricting calories, as a means to alleviate many of the health problems that can occur among people with type 2 diabetes.

Dutch researchers recruited 15 male and female volunteers who were obese, and suffering from type 2 diabetes. They used MRI scans in order to examine the volunteers’ hearts for fatty deposits which can impair the heart’s ability to function properly. The researchers then placed the volunteers on diets of only 500 calories per day. After a period of 4 months on the strict regime, the volunteers were once again given MRI heart scans.

The results following the calorie restrictions indicated substantial health benefits for the volunteers. The volume of pericardial fat was lowered from 39 to 31 milliliters. The volunteers’ cardiac function improved significantly, and their body mass index (BMI) fell from 35.3 to 27.5. In other words, the volunteers were no longer considered to be obese (with a BMI of 30 or more).

The researchers were surprised to discover that all the volunteer participants were able to stop using insulin injections to control their diabetes. The low calorie regime appeared to be a relatively simple way to treat and ultimately cure type 2 diabetes. The benefits from the calorie restrictions continued even when the volunteers returned to their usual food intake and gained weight again.

The researchers stress however, that severely restricting calories in order to cure diabetes may not be appropriate for everyone. They suggest that anyone considering following a low calorie diet such as this, should first consult with their doctor.

Type 2 diabetes affects millions of people in the US, and is associated with obesity.