Study Links Too Much Junk Food With Depression 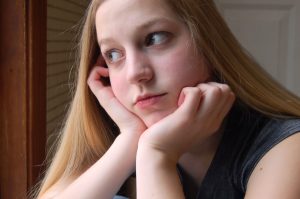 A new study recently published in the journal Public Health Nutrition has determined that people who regularly consume a lot of junk food, stand a greater risk of developing depression.

The researchers asked the study participants to record how often they consumed certain foods. For example, the researchers were interested in finding out how often foods like fruits and vegetables, assorted baked goods (such as donuts, muffins, croissants), sweets, fast foods (including hot dogs, pizza, burgers and fries), and various other food items were being eaten on a daily basis.

None of the participants had depression at the outset but then…

It is believed that consuming foods that are high in sugar, sodium, or fat triggers the release of neurotransmitters in the brain; hormones such as serotonin and dopamine that are responsible for generating feelings of pleasure. However, the quick release of these “feel good” brain chemicals cannot be sustained, and shortly after consuming junk food, most people experience a “crash”.

This study goes one step further by linking too much junk food with an increased risk of developing clinical depression; a potentially harmful side effect of a diet that prompts brain chemicals to elicit pleasurable highs followed by crushing lows.