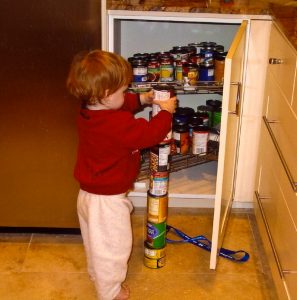 A new study released online in the journal Pediatrics has linked obesity during pregnancy with an increased likelihood of a child developing autism.

Although the study does not go so far as to determine that obesity causes autism, an increase in the numbers of individuals affected by obesity and autism in the US does have health officials concerned.

At this time, the exact reason some children have autism is unknown. However, genetics are believed to play a role.

The research study which was partially funded by the National Institutes of Health, involved 1000 children in California between the ages of 2 and 5 and their mothers. Approximately 700 of the children had a diagnosis of autism or developmental delay, and 315 did not.

The researchers asked the mothers about their health during pregnancy. Medical records were also available for half of the women who participated in the study.
It was determined that the women in the study who were obese during pregnancy stood a 67 percent greater chance of having an autistic child than mothers who were a normal weight. The obese women were also twice as likely to have a child with some other type of developmental delay.

This compares to other statistics that point to a 1 in 88 chance of a woman having an autistic child. The incidence goes up to 1 in 53 for the obese women who participated in this study.

Researchers caution that if true, the link between obese mothers and autistic offspring would prove to be only one of a number of factors contributing to the increased incidence of autism in America. Further research is required in order to examine the diet and lifestyle of obese mothers during pregnancy.

It is believed that obesity may be linked to inflammation and elevated blood sugar levels in the mother potentially impacting the brain development of the fetus.