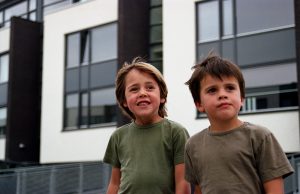 A new study published in the Journal of Early childhood Research has found evidence that children as young as 2 ½ years of age may be prone to discriminate against overweight people.

The study formed part of a Master’s Degree thesis by graduate student Wei Sui at Ryerson University in Toronto, Canada.

The 41 children were then shown pictures meant to illustrate the children described in the stories. In each case, one illustration portrayed an overweight child, and one showed a child of average or normal weight. The children in the study were asked which of the illustrations represented the nice child or the mean child in the stories they had just been told.

Almost half the children who participated in the study (44 percent) selected the illustration of an overweight child to represent the child that had been mean in the story on all four occasions. Only 2 percent of the preschoolers picked the picture of a normal weight child as the mean one in all four stories. Some of the children determined that the illustrations of overweight children showed kids with “mean” or “mad” expressions, although children in all the pictures had no expressions at all.

The preschool children who participated in the study ranged in age from 2 ½ to 5 years. The older children were more likely to be prejudiced against the illustrations that portrayed overweight children, although the bias was observed among the very young children as well.

The research study provides an interesting glimpse into the many complex social and environmental factors that contribute to negative attitudes about being overweight or obese.