Sleep Timing And Duration Linked To Risk Of Obesity 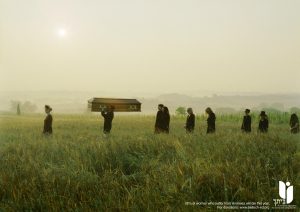 Sleep habits have been associated with obesity in previous studies and animal models but a new study published in the “Journal of Obesity,” suggests that sleep timing and duration both play an important role in the risk of obesity.

The study evaluated the sleep habits of 52 individuals, 25 of whom were female. The participants wore a wrist actigraph, a device that measures physical activity, and kept a food log for one week. They were characterized as either normal sleepers or late sleepers depending on if the midpoint of their sleeping period was before 5:30am or 5:30 or later.

Researchers found that late sleepers got less sleep than their normal counterparts. They also experienced later sleep onset and consumed more calories after 8pm. In addition, late sleepers consumed more fast food meals, more high calorie soft drinks, and an extra 248 calories per day. They tended to consume fewer fruits and vegetables. They also tended to eat less in the morning hours and then steeply increase their caloric intake in the late afternoon or early evening.

Based on the results of this study, it appears that the timing and duration of sleep as well as calories consumed after 8pm may contribute to the development of obesity. Interventions to control weight could exploit this information for the benefit of patients.

You can read the abstract of this study at: http://www.nature.com/oby/journal/vaop/ncurrent/abs/oby2011100a.html