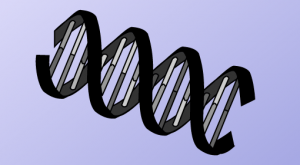 Researchers have determined that for some children, weight problems may be set off by 2 genetic variations that produce a genetic predisposition to common childhood obesity.

Although lack of exercise and poor food choices may contribute to the current childhood obesity problem in America, a genetic factor may also help explain why some kids have a tendency to easily gain excess weight.

The research study is published in the April edition of the journal Nature Genetics. The study is reportedly the largest-ever genome-wide analysis of genetic factors that predispose children to obesity. This research may help experts to develop specific treatments and interventions in the future to prevent weight gain in susceptible children.

In the current research study, scientists examined the results of 14 earlier studies that looked at 5,500 obese children and 8,300 healthy weight participants as control subjects. The researchers discovered that by genotyping the DNA from the children suffering from obesity, they were able to identify 2 genetic variations that had never before been recognized as potential triggers for obesity in children.

The researchers believe that the 2 genetic variations may be linked to intestinal function in the digestive process of these children. One genetic marker is located near the 13th chromosome and the other near chromosome 17.

The presence of these genetic variations pre-disposes children to easily gain weight, and increases their risk of developing obesity. Children who inherit the genetic marker on chromosome 13 stand a 22 percent greater chance of becoming obese. Those children who inherit the marker on chromosome 17 increase their risk by 14 percent. Although these genetic variations occur in adults, their impact is greatest during the first few years of a child’s life.

Experts are quick to point out that although the genetic variations pre-dispose kids to easily gain weight this does not mean that they will automatically become obese. Diet and exercise still play an important role in helping children maintain a healthy weight.