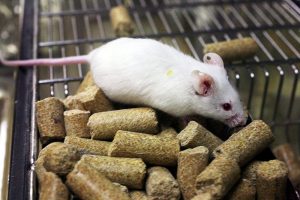 A research paper recently published in the journal Nature has identified potential therapeutic targets within the brain circuits of mice that may be helpful for the development of eating disorder treatments.

Scientists have discovered new information about the messaging pathways between the brain and the body in mice. This includes a brain circuit that operates to reduce appetite loss, preventing starvation.

The researchers focused on the part of the brain responsible for putting together signals from various brain regions that modify food consumption. This brain “relay center” known as the parabrachial nucleus is an important hub for processing signals that may be interpreted as nausea or taste dislikes, impacting the consumption of food.

The latest research goes one step further, by identifying the cells that are involved in sending signals to the parabrachial nucleus. By blocking these signals, scientists were able to restore normal appetite function in mice, and thus avoid starvation.

Earlier research has already identified nerve cells within the hypothalamus as a key means of promoting feeding behavior and weight gain. On this occasion, the scientists determined that destruction of these cells in the hypothalamus results in excessive activation of the parabrachial nucleus causing a refusal to eat.

The researchers also discovered the source of the signal that is responsible for activating nerve cells in the parabrachial nucleus. Two sources were identified within the brain; one source involving the neurotransmitter glutamate, and the other in cells receptive to serotonin. By interfering with this process, the scientists were able to prevent appetite loss in the mice.

The researchers will continue to examine brain circuits that control appetite and feeding. Their next task is to identify active genes within the cells located in the parabrachial nucleus of mice. This will enable the scientists to manipulate brain signals that control feeding behavior.

This important research has significance for future treatments for appetite loss as well as eating disorders such as anorexia.