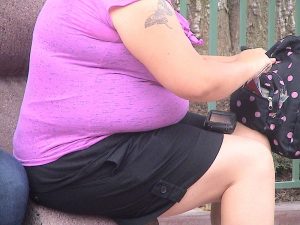 Scientists have been getting positive results from testing a new drug on 3 different species of monkeys which destroys the blood supply to fatty tissue, resulting in rapid weight loss.

The obese monkeys that received the drug were observed to lose an average of 11 percent of their total body weight in just under one month. The size of the monkeys’ waists was reduced as well as their overall body mass index (BMI). The drug also had a positive effect regarding insulin resistance and metabolic syndrome.

These results did not occur in lean monkeys or obese monkeys that were used as controls in the experiment and therefore did not receive the drug.

The researchers used magnetic resonance imaging as well as other imaging techniques in order to determine whether the drug had targeted the fatty tissue or white fat that accumulates in obese primates. Results from these tests indicated a significant decrease in body fat among those monkeys who received the drug.

Scientists are cautiously optimistic that a new type of drug for the treatment of obesity may be available for humans in the future. They note that research on rodents (which are more frequently used in drug studies or experiments) do not translate well to results in humans. The use of monkeys offers hope that these results can be replicated in humans.

Up until now, anti-obesity measures have focused on appetite reduction or ways to reduce absorption of dietary fat. Drugs which increase metabolism in humans have also been proven to have unacceptable and toxic side-effects.

The researchers note that the new drug works by binding to a protein on certain blood vessels that are involved in maintaining fat, as well as supplying a synthetic peptide which causes cell death. This cuts off blood supply to fat cells, resulting in their metabolism and re-absorption, and subsequent weight loss.