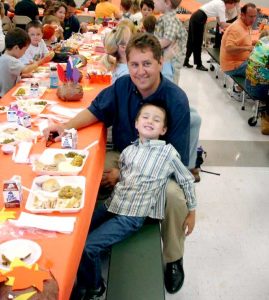 The study which is published online in the journal Pediatrics involved 6.300 students in 40 states. Data on the students’ height and weight was collected in 2004 at the end of grade 5, and then again in 2007 as the students were finishing grade 8.

The researchers also analyzed information regarding different state laws affecting school nutrition during the same time period. State laws were considered to be “strong” if specific nutritional requirements were met, such as restrictions on sugar and fats. “Weak” state laws were nutritionally vague and non-specific. The state laws examined by the researchers involved snack food and drinks that were sold to public school students from vending machines and school stores.

The researchers determined that in order to be effective, regulations governing snack food and drinks available to public school students need to be clear, specific, and consistent across all grades. In those states with no relevant laws to regulate junk food and sweetened drinks, 37 percent of students in grade 5 were categorized as overweight and 21 percent as obese. These statistics did not change as the students progressed through grades 6, 7, and 8.

States with consistently “strong” laws governing nutritional requirements registered a 5 percent decrease in the number of overweight students and a 3 percent decline in obese students as the study progressed.

While the researchers took into account factors such as gender, income, race, and location of the participating schools, the issue remains extremely complex with many variables impacting the students’ diet.

Although the impact of the new restrictive regulations is still considered to be very small, experts are reportedly praising the study, noting that any nutritional improvements that may slow rates of obesity are positive for the nation’s children.