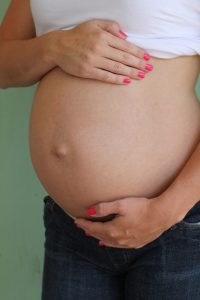 Researchers at the Wake Forest Baptist Medical Center have conducted a new research study in which maternal obesity appears to impact the development of the brain in extremely premature babies.

The study which is published in the March issue of the journal Pediatrics, followed 921 babies born before 28 weeks of gestation at a lower-than-normal birth weight. The infants were administered tests to examine their cognitive skills when they reached 2 years of age.

The babies were tested by using the Mental Development Index (MDI) contained within the Bayley Scales of Infant Development. The researchers determined that premature infants (those born at less than 7 months) whose mothers were obese were at an increased risk of experiencing developmental delays compared to premature babies of non-obese mothers.

The link between maternal obesity and premature infant cognitive impairment is believed to be caused by inflammation which damages the developing brain of the fetus. Blockages in blood vessels may be responsible for impairing the flow of nutrients and oxygen to the fetus. Full-term babies born to obese women were not affected. At this time, the researchers are still attempting to determine the exact process responsible for developmental delay among premature babies born to obese women.

The researchers will continue to follow the progress of the children involved in the study. Further tests will be administered as the babies grow older in order to determine whether the developmental delays noted at age 2 continue to impact the children through mid-childhood.

While more research is needed, it appears that losing excess weight before getting pregnant may be beneficial for both the mother and her baby. Although cognitive delays may occur randomly in the general population, developmental delay is more common among premature infants of obese mothers.