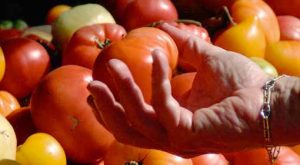 A new research study due to be published in the October 2011 issue of the journal Appetite confirms that the substitution of commercially produced portion controlled foods for one meal per day, results in reduced caloric intake and a subsequent loss of weight.

The researchers wished to examine whether these portion controlled meals were effective due to the dietary composition of the meal itself (high fibre, high protein, etc.), or if the benefit was achieved through the regulation of the portion size.

17 volunteers were divided into 2 groups and followed for 5 weeks. During the course of the study, each group was allowed to choose a portion controlled food for lunch, and was then permitted to eat as much as they wanted for other meals and snacks. The substitution of the portion controlled meals resulted in weight loss, and a reduction of approximately 250 calories per person.

The researchers had questioned whether a reduction in portion size for one meal would cause a compensatory increase in the amount of food consumed for the other meals. Results from the study confirm that this does not appear to be the case. The researchers concluded that humans are inefficient when it comes to regulating their energy intake, and that substituting a lower calorie choice of food for just one meal a day does have a significant effect on weight loss.

Although the researchers used commercially produced portion controlled foods for this study, it is possible to achieve the same results by using small food portions of regular meals in order to control caloric intake.